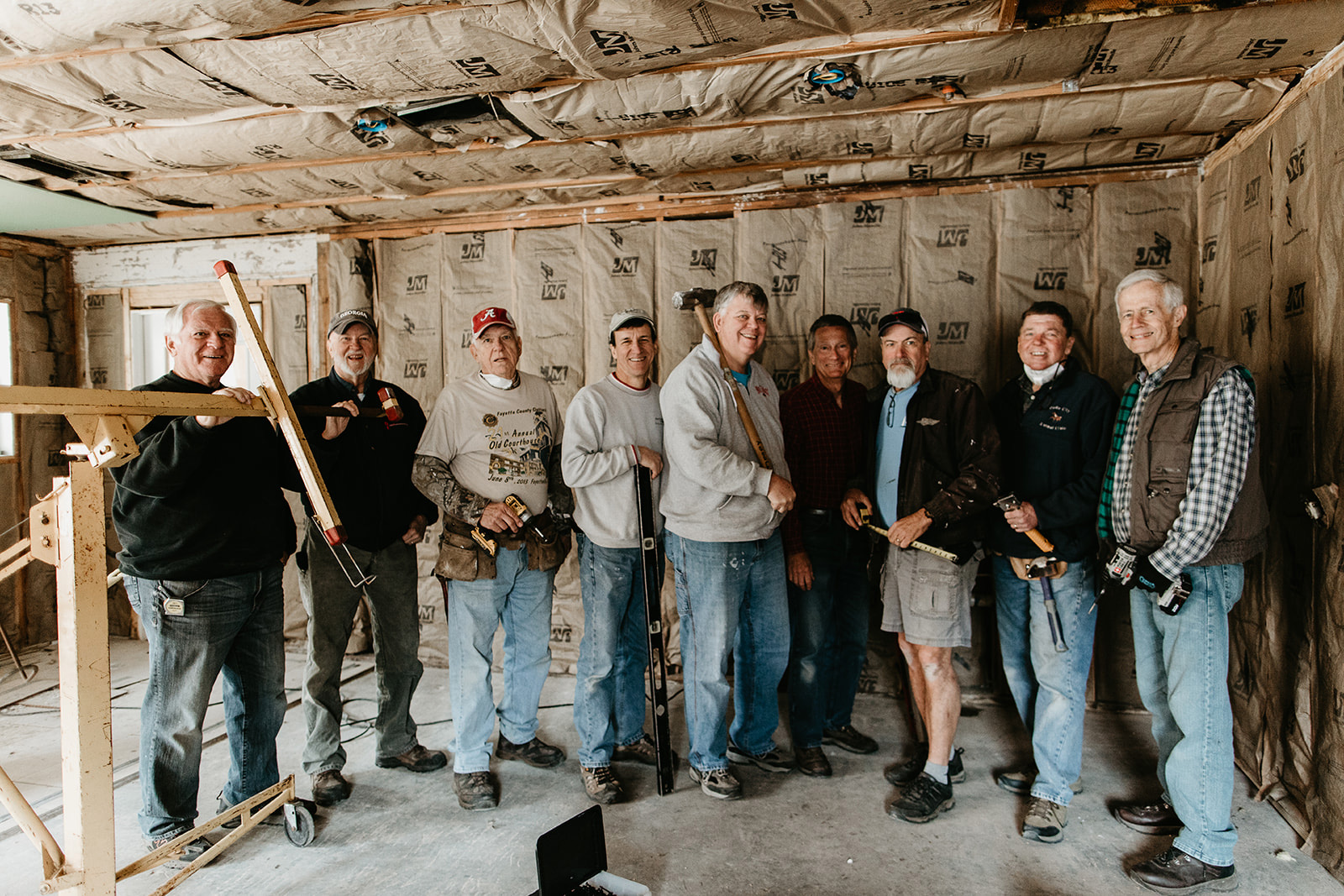 Come to the Table

When a need arises for others around us, way too often we paralyze ourselves from helping. We tell ourselves things like, “That isn’t for me” or “I do not have the money to give right now” or “I would just get in the way if I tried to help.” The truth is that we all have something to bring to the table. What an incredibly boring meal it would be if we all brought the same dish. If everyone only gave money, no physical work would actually be done. If we all had the same gifts and talents, our possibilities would be so limited. Epic Affect wants to challenge you to ask yourself what you would like to see change in this world, and then think about how you can specifically and uniquely help it change. Those desires were placed in your heart on purpose and those gifts were placed in your hands for a reason. When we start focusing on what we can do instead of what we can’t, is when change begins to happen.

Have you ever wanted to help or make a difference but didn’t know how? When we took a tour of Bridges of Hope in Homerville, GA, we quickly realized that all areas of the recovery facility were in great shape except for the kitchen. As we walked through the doors you could tell that this little kitchen had fed countless men for many years. The ceiling was caving in, the drywall was disintegrating, the air conditioner was not flowing properly, most of the appliances were broken and the drains were flooding. This kitchen needed some serious love. We asked the manager Robby, if they planned on remodeling their kitchen anytime soon and he informed us that the quotes they were receiving for the projects were unreasonably out of their budget. All of the quotes lingered around $70,000 due to a boom in construction projects in the area paired with the out-of-the-way location. Contractors threw out high prices because they did not see the value in the project over others and did not want to see it through unless they were paid a substantial amount. We told Robby that we were unable to give that much money, but we were dedicated to keeping our eyes open for another way to build a new kitchen for the Bridges of Hope.

In the middle of September 2018, Epic Affect planned on having a lunch for the Highland Ag Solutions’ farmers in their community of Homerville, GA. We had raised some money to go towards the Bridges of Hope kitchen project and anxiously awaited to give it to them. Everything was lined up and ready to go when a hurricane brewed up out of nowhere and hit another farming community in North Carolina. Naturally we had to cancel the lunch in order to do what we could to help with disaster relief. Our plans were changed and we could not help but feel a little discouraged, not only about the circumstance but also about missing the lunch in Homerville too.

On the day that we were supposed to be in Homerville, one of our Highland friends Frankie “Bubbers” Hall was in the office. Anyone who has the honor of meeting Bubbers, quickly discovers that they will never meet another human like him. He is contagiously positive and runs on a level of energy that most people dream of having. He radiates joy and leaves a lasting impression everywhere he goes. We over heard him talking about a trip to Maine from which he had just returned. He said that he and a group of retired gentlemen adopt a construction project once a year or so and then volunteer their time and energy to complete it. We began to ask Bubbers questions and brought up the idea of working on the kitchen at Bridges of Hope. It did not take long for us to figure out why the lunch was cancelled.

A couple of weeks later, a church van from Fayetteville, GA pulled into the Bridges of Hope driveway. When the silver haired men filed out one by one the last words that came to mind were “construction crew.” The group was made up of retired men from several different walks of life,  from engineering and the postal service to the military. However, as I spoke to each one none of them mentioned that they were contractors or architects. They simply showed up and focused on what they could each bring to the table.

Robby shook their hands and led them to the kitchen, where they spent a couple of hours earnestly measuring, visualizing and taking notes on the project. Once they had weighed out the cost and the time it would take to pull this project off they gladly said, “We will do it!”

A couple of months later, the supplies were bought, the men at Bridges of Hope had demolished the kitchen down to its studs, and the Fayettville kitchen crew hit the ground running! The kitchen crew quickly became friends with the men at Bridges and it was not long before they were all working and joking around together. “It is amazing! These men here at Bridges have helped us so much. There are men who lay tile, there are electricians, there are AC guys, there is so much talent here and it is just so fun to see them use it,” said Bubbers covered with sawdust. The community of Homerville pitched in to help by cooking every meal they missed. The kitchen crew stayed in a local hotel and worked from dawn til dusk completely free of charge and in a matter of three days Bridges of Hope had a brand new gorgeous kitchen. They turned what was supposed to be an impossible $70,000 remodel into a $24,000 remodel including new appliances! That is the power of spreading goodness!

There was no magic to this accomplishment. Just a bunch of amazing men from all walks of life bringing what they had to the table. Not only does Bridges have a new kitchen, but the lives of all of the men involved have been changed for the better. The next time you are invited to the table to do something good, simply bring what you have to give. Whether it be a side dish here or a paint job there. A dessert or an encouraging word. We promise that as long as you show up, it will always be enough.