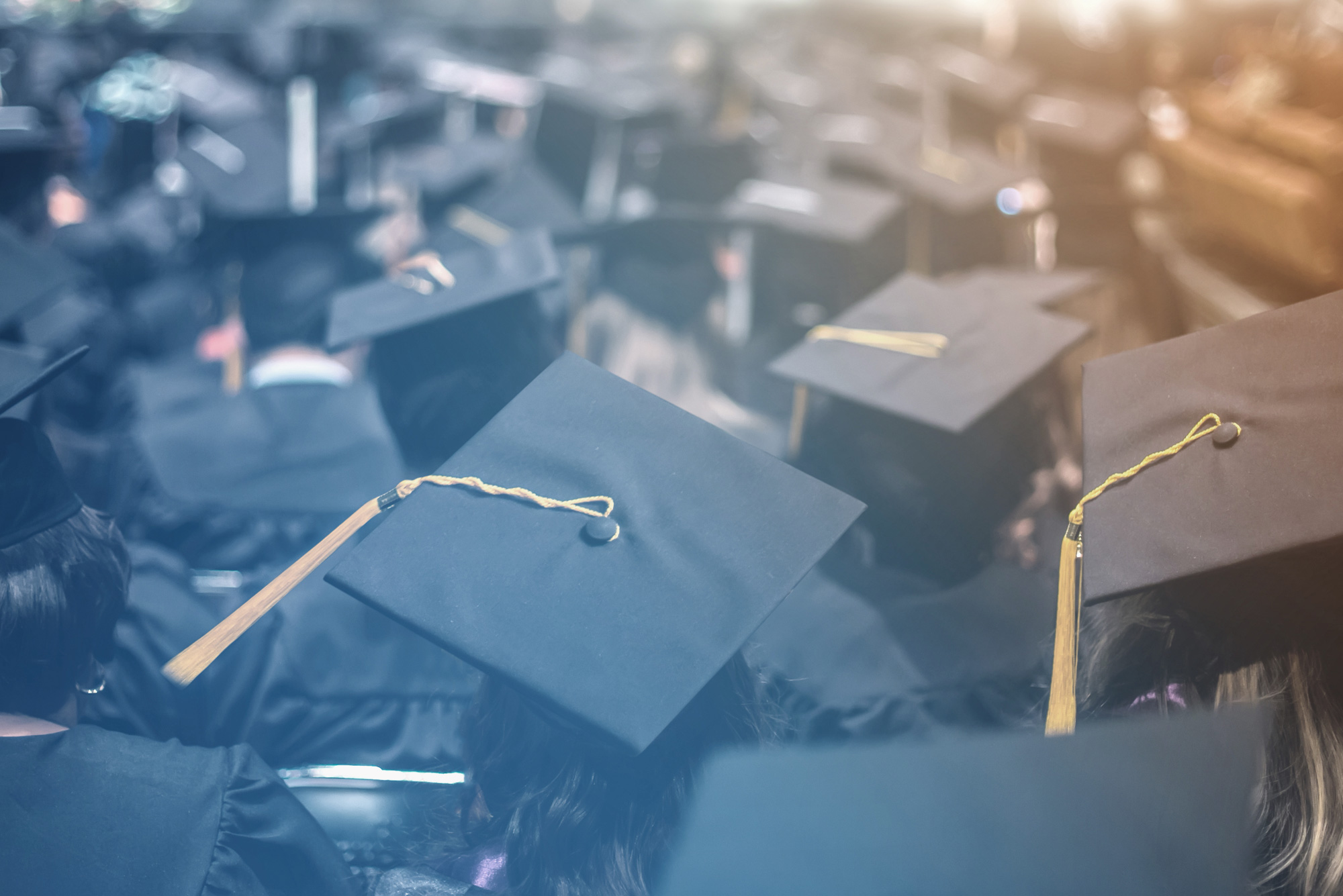 When someone says the word “missionary” it is easy for our minds to flood with images of stereotypical strappy sandals, cargo pants, oversized backpacks and hungry children. Regardless of religion, the majority of people view missions as an international activity. A mission is typically something you plan and save money for; it’s something that takes you out of your normal life and drops you into a foreign place outside of your comfort zone to wage peace instead of war. Mission trips are usually goal oriented and purpose filled. The individuals who participate in them often have a “spiritual high” from living a completely selfless life for a certain amount of time. Then they come home changed and inspired but often fall back into the rut of normalcy in their comfortable home lives. What if we were meant to live our entire lives selflessly and not just when we are away from home? What if we woke up every day mission-minded about serving and loving others around us? What if we were meant to live our entire lives on a “spiritual high?”

In 2012, Arsenio was a new student on the University of South Florida campus in Tampa. While Arsenio was still fresh on campus, a young man named Christian approached him. He casually opened up a conversation about faith and asked Arsenio about his walk with God. This led to one-on-one Bible studies and conversations that created a safe place to question faith, solidify what Arsenio believed and allowed him to decide why he believed it. Arsenio felt the void in his heart that all humans sense at one point or another, and he slowly began to understand that void was there by design. He learned that religion wasn’t filling it but an ongoing loving relationship with his God was what he was craving. That void was placed in Arsenio’s heart by his creator who hoped that he would come back to Him to fill that yearning with a life-giving relationship.

He began to understand that God didn’t care about what he did “right” as much as He cared about being in constant communication with him. Arsenio believes that being a Christian isn’t about being perfect. It is about once being dead and now being alive. It is about being transformed over time. It is about denying yourself and trusting that there is something more for your life. It is waking up every morning to live a life with purpose. Arsenio gave his life to Christ and has been in pursuit of his God-given purpose ever since.

“The most important part of this whole process was the discipleship and accountability,” Arsenio said. After meeting one-on-one for a while, Christian introduced Arsenio to a few other college students who were on the same journey he was on and they began encouraging one another as they walked through life together. “Christian and the guys challenged me to respond to the word of God. They didn’t say, ‘Here is what the word of God says now go keep doing what you have always done,’ no. They held me accountable to start making changes in my life and that fired me up and made me want to do things right!”

Ironically enough, one cannot have true freedom with out discipline. We often think of discipline as a punishment but that is not the kind of discipline we are describing. True discipline is the ability to conquer our thoughts and desires. Feelings are fleeting, but we are truly free when we are no longer slaves to them. When we are no longer slaves to our negative thoughts or self-destructive behaviors that we both love and simultaneously hate. This is not an over night transformation, it is a journey of a lifetime. Arsenio believes that God’s love isn’t something that you have to earn or “be good enough” for. His love is a gift, always walking with us and bringing us unexplainable peace, especially on the tough days that mold us the most. God wants to show us that He will always take care of us in every aspect of our lives. He can give you that kind of discipline and freedom if you let Him. That is the discipline and faith that Arsenio was introduced to in 2012, and now he is more on fire with passion about his God than ever before and has dedicated his life to sharing that freedom.

Arsenio and his fiancé Hannah are now missionaries in America. Instead of packing up and leaving the country, they decided to make their home their mission field. “So often we get caught up in physical needs that we forget to pay attention to mental and spiritual needs. We may be a first world country, but we are impoverished when it comes to mental and spiritual health,” Arsenio said in a bustling bagel shop on University of South Florida’s campus. Through Cornerstone Ministries, Arsenio and Hannah now share the gospel the same way that Christian did with Arsenio in 2012. They, along with a team of leaders meet a couple of mornings a week to pray for the students they are mentoring. Afterward, their day is filled with one-on-one time with different students. Arsenio said, “We could do bigger groups, but we like to keep it intimate. Deep things come out in conversation, especially when the word of God stirs someone’s heart. We want to set up an atmosphere where they feel free to share those things without feeling ashamed or guilty.”

Every minute of their days on campus are spent pouring truth and encouragement into the lives of others. Even as we spoke with Arsenio and Hannah, a few students approached us and took the time to explain how Arsenio and Cornerstone Ministries have positively impacted their lives. Their intimate bond was evident and their smiles generated an authentic glow.

Hannah has been ministering to women through Cornerstone Ministries the same way Arsenio has to men. In 2012, their paths crossed and they are now engaged with a dream of being a missionary team. “I think that when you welcome someone into your home you are able to create a bond and friendship with others that allows you to speak into their lives and love them on a deeper, and more meaningful level,” Hannah said with a smile. She and Arsenio dream of having a home that acts as a safe haven for anyone who walks through its doors.

Many people do not view Hannah and Arsenio’s mission as urgent as some missions outside of the United States. It is easier to give money to causes we can see such as a bad water supply or starving villages. It is more difficult to give towards causes that we can’t see like anxiety, depression, mental illnesses, loneliness, silent addictions, suicidal thoughts and many other plagues on the hearts and minds of America’s young adults. Both types are both equally detrimental.

They shared story after story of how different students were breaking free from the strongholds that these sicknesses had on their lives, and after meeting a few of those students it wasn’t hard to believe that America needs just as much help and healing as any other country. “The Bible says, ‘Go and make disciples of all nations’ and we are really blessed to have all the nations come to us on this huge international campus,” Hannah said. Arsenio added to that by saying, “We have students graduating and going out to be lights in the work force all over our country as well as the world!”

They shared a testimony of a young woman with us. She traveled from Trinidad to become a student at the University of South Florida. She gave her life to Jesus through Cornerstone Ministries and the one-on-one Bible studies. Once she was saved and laid her foundation in faith, she began to walk with Christ on campus. She became an RA and began doing intentional things to bless the lives of those around her.  She was known for placing a sign on her door that said, “If you want to want to be prayed for put your prayer requests here.” She was always excited about meeting people and inviting them to church. She was on fire for Christ and can now take that passion back to Trinidad to reach whoever God wants to reach there. This American mission spreads beyond our borders in ways that we are not even aware of. “There are several girls that I am close with at our church that say she is the reason they went to church and now know the Lord. You just never know what can happen when you obey God,” Hannah said.

We asked Arsenio and Hannah where they needed the most help and they both responded by saying finances and prayer. They are the ‘boots on the ground’ so to speak, so in order to be sent out they need financial partners to come along side them to help reach students with the gospel. With financial support, they can spend their time and energy on the mission field instead of worrying about how they are going to pay their bills. “I have had weeks where I knew there was no way I could have reached this many people without a team of people praying for me and really believing for people to change. So, financial partners doesn’t only mean dollars, it means I want you to be a prayer warrior. I want to build a relationship with my partners and let them be a part of what is happening here” Arsenio said.

They may be missionaries in our home country but one by one they are changing the world…and so can you!

If you would like to be a part of their mission, here is how…